Critical Thinking in the Context of a Global Ed. School

Master of Teaching Candidate
Year I - OISE, University of Toronto 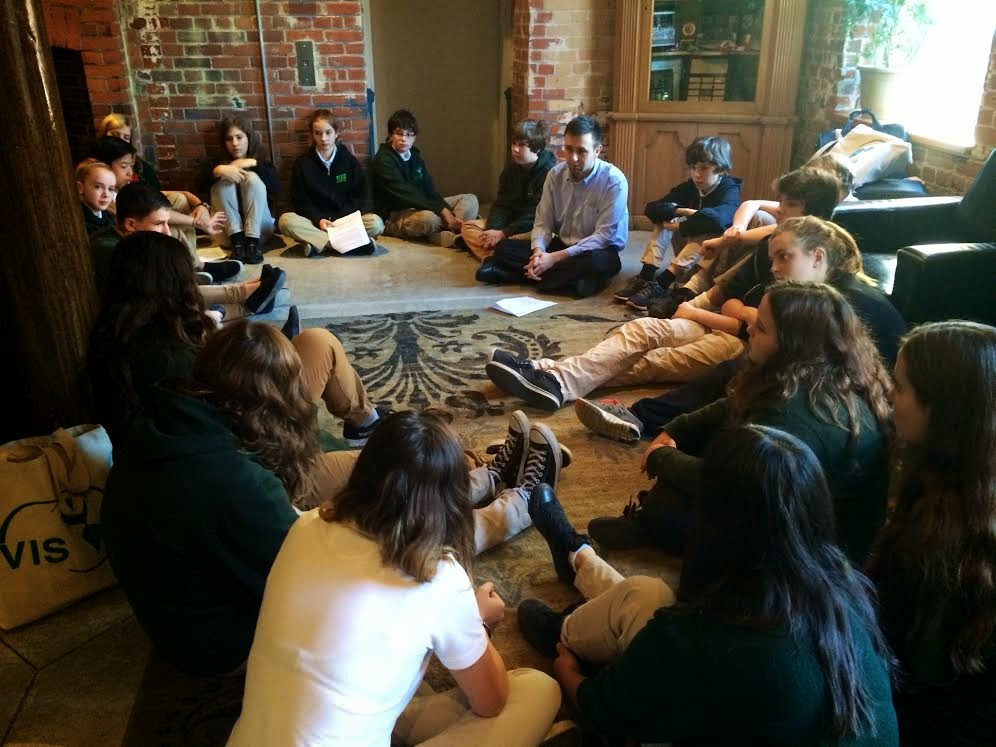 Looking back on the past few weeks of my practicum at Voice Integrative School, I find myself amazed at what I have learned in a global education environment. I have learned from teachers who embrace a well-rounded view of education, empower their students by giving them opportunities to lead, encourage students to apply their knowledge to the world around them, and facilitate the intentional development of life skills in the classroom. I have learned from students who hold themselves and their peers accountable to do their best work, take responsibility for their community, and think critically about personal, local and global issues. This last observation has stood out to me over the past week, and has inspired me to write this piece.

This week my fellow teacher candidates and I had the opportunity to develop a Remembrance Day assembly for the school. Collectively, our goals were to create an opportunity for students to remember those whose lives were taken by war both locally and globally, to reflect on the roots and impacts of conflict, and engage students in creating a peaceful future through personal and collective action. One element of our assembly was breaking off into discussion groups by grade level. I facilitated a conversation with our grade eight students by way of questions that we, the teacher candidates, prepared. These questions included:

Why does war exist?
Who is negatively affected by war?
Who benefits from war?
What, if anything, do you think is worth fighting for?
What can we do to create peace?

The students’ responses and contributions amazed me. At one point in our discussion, a girl said, “The question shouldn’t be who benefits, rather who suffers the most or who suffers the least.” She went on to explain how we all suffer from war no matter who wins in the short-term. Her comment stood out to me because she rejected the notion that anyone could benefit from armed conflict, and instead forwarded the idea that everyone suffers in the long run.

Another student discussed how we can “fight” for peace through non-violent means, and stated Martin Luther King Jr. as an example. This comment sparked a discussion about what it means to fight for peace, and some students argued that conflict may be justified in some instances. One boy brought up the conundrum of “where do we draw the line?” He used an example of being robbed for a dollar and shrugging it off, and being robbed for 5 dollars and deciding to take violent action against the robber. Through this analogy, this grade 8 student used his critical thinking skills to analyze an abstract concept – that of a moral right – tangible to himself and his peers.

Students also raised other thoughtful ideas and opinions such as the role of economic interests in war, the immense consequences for families affected by war either directly or indirectly, the emotional weight of living happily knowing that people in other countries are being killed, and the notion that apathy is almost as bad as fighting for the “wrong” side.

In sum, these students took on the task of discussing war and conflict by making inferences, activating their prior knowledge, and forming logical conclusions. They listened attentively to their peers, formed intelligent responses, constructed sound arguments, and made thoughtful analogies. The entire conversation happened within a safe environment that was inclusive, respectful, and constructive. This is all the more impressive because the students in question are twelve and thirteen years old, but their responses show an emotional maturity much beyond their years. Quite honestly, as the facilitator, all I had to do was ask the questions and let them go. 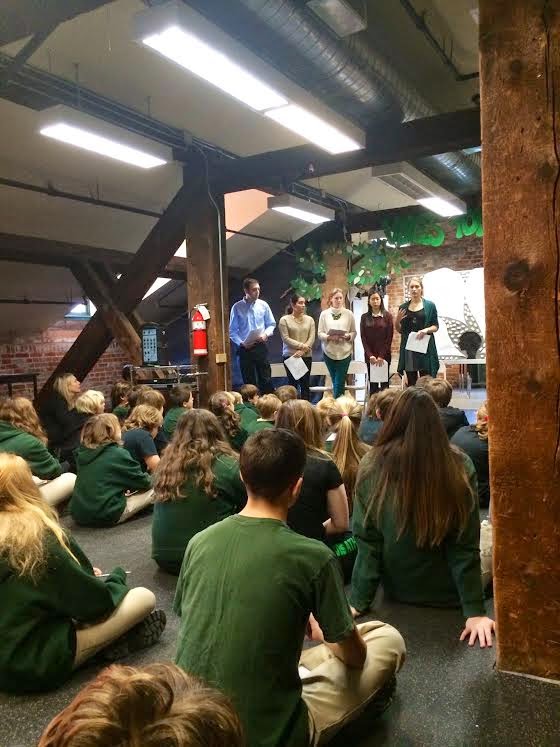 Some might assume that these students must all have gifted designations or that the ideas in this article only reflect the contributions of a few particular students. I would contest this claim by arguing that what is exceptional about these students is their environment, which engages and supports them in thinking critically to develop socio-emotional intelligence.

I believe that every student has the capacity to engage with learning in this manner, and that Voice Integrative School is a space that is successful in drawing these qualities out, and in celebrating them. This is one of the things that sets apart a global education school; it carves out time for students to simply sit together, reflect, discuss, and then reflect again. It is no wonder that I felt so inspired by our discussion, and that I have felt so fulfilled throughout my placement here. VIS has helped me discover the kind of teacher I want to be – one who not only allows time for, but actively trusts the value of reflection and discussion as a means of igniting what should be, our students' critical minds.

© All Rights Reserved
Posted by ThePave at 11:56